I have always thought about telling my Aiducation story on different platforms. Not once, not twice, but many times. The time never seemed right and the platform was just never the right one but I think to an extent I have had a particular fear of opening up in any way and telling this story is a form of opening up. I read somewhere that courage is not the absence of fear, it’s almost like doing something despite the fear. In my case, the thought that my story could impact someone else in some way trumps any kind of fear. I was reminded of this at a recent meet-up with George Jilani in Nairobi. So here we go, buckle up, it may be quite a long read.

My family moved across the country to the western part after the 2007 post-election violence. I was in class 7 at the time. Changing schools was not an easy thing even though I had done it several times. 2 years went by quickly and with good results on the national exam, I was accepted into my first choice of national schools, Loreto High School in Limuru. I was excited, of course, I mean who wouldn’t be. I had just passed one of the horrors of being a student in Kenya (KCPE) and been accepted into my dream school. Reality hit home when I got the acceptance letter and had to start planning for tuition and boarding fees. If my mother took a loan, she could keep me in school for a term, but high school is 4 years long! I had to find another way. My whole family started looking and praying for other ways. We stumbled upon Aiducation International during one of our many searches and we decided I should try applying for it.

I was almost done with my first semester when I got the news that my application had gone through, that I would be sponsored through high school by Aiducation. I cannot fully describe in words the relief and pure joy that my family experienced at that time. If you have been in a situation like mine, you may have an idea of what I’m talking about. I’d won the lottery! High school now became less of dreading the next invoice and more of trying to achieve as much as I could with the opportunity I had been given.

I remember meeting other students in my first mentorship academy in Watamu in 2011. I had never been to the coast but now I was there crafting business plans for projects with other students. My most vivid memory is of the start-up academy at Watamu in 2014. My team and I had struggled to come up with a viable idea then towards the end of the project timeline, one of us came up with something. I’ve always prided myself on my project management skills. I remember telling my team that we had to win - mostly because I can get very competitive and I wouldn’t sit and watch another team take first place - and so we stayed up, finished the presentation, and practiced. Guess what, we won! I didn’t fully understand how and we had some interesting questions to answer on the budget but I didn’t ask questions because well, we WON! It was at this same time and place that I talked to some mentors and discovered that it was okay to be different/weird and that we all have different paths in life.

Fast forward to 2015, I had completed high school and was waiting for admissions into a university. I had passed well with an A grade. At this point in my life, everyone but me seemed sure of what they wanted to do. When we had been asked to pick universities and courses in school, I had picked the best possible choice according to my parents. I had always been fascinated with technology and so I chose a course that was in line with that. I had never really had a vision of attending university in Kenya for several reasons. First, I had heard so many stories about student life at university and as a teen struggling with social anxiety at the time, the thought of living on a campus with 30000 strangers scared me to the bone. Second, although I had always been a good student with good grades, I was devastated at the idea that university would be the same routine of studying to get good grades. Then what? I needed something more. Last but not least, I have always seen the world as such a big place and I did not want to spend so much time in one place or country, I craved exploration. These among other reasons prompted me to start applying for opportunities elsewhere. 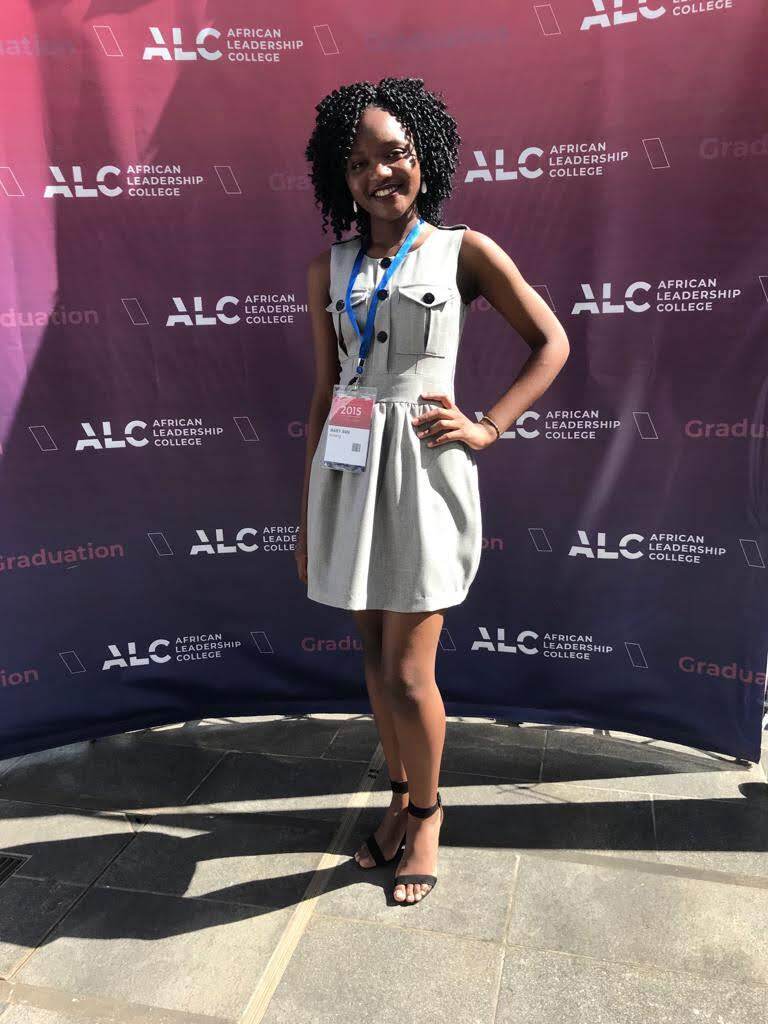 I started to make sense of university and what I wanted to do when I got to the second stage of applying to the African Leadership University in Mauritius. I was one of the applicants for the inaugural class and we went through an intense 3-month application. Part of the application was a course called Africa Rising where we explored different industries in the continent. We had to identify problems in education, urbanization, leadership e.t.c in our country and come up with solutions to them. This is where I was sold. I could now see how I could apply what I learned and could charter a reasonable path for my future. I was fortunate enough to be accepted into ALU on a full scholarship as part of the inaugural class. For 4 years I was taken through leadership courses that have undoubtedly molded me into the leader that I am today. Interacting with students and faculty from all over the world opened up my sights and changed my perspective on many things within and without the continent. In 4 years, I grew in ways I had not imagined. I have recently graduated with first-class honors in Computer science and have taken up a job in Nairobi.

The second part of my story, right from graduating high school, may seem like a sliding slope. Looking back, my story may be unique in many ways and I cannot cease to count my blessings. However, each person’s story is unique and there is beauty in that. Putting myself back in the shoes of the 13-year-old who was wondering if she would make it to the second term of high school, I will forever be grateful to Aiducation and the chance they took on me. This is a very shortened version of my story, I could go on and on about all I learned through the mentorship and financial literacy academies. If Aiducation had not supported me, I would probably be telling a completely different story but they did, and now I have this story. 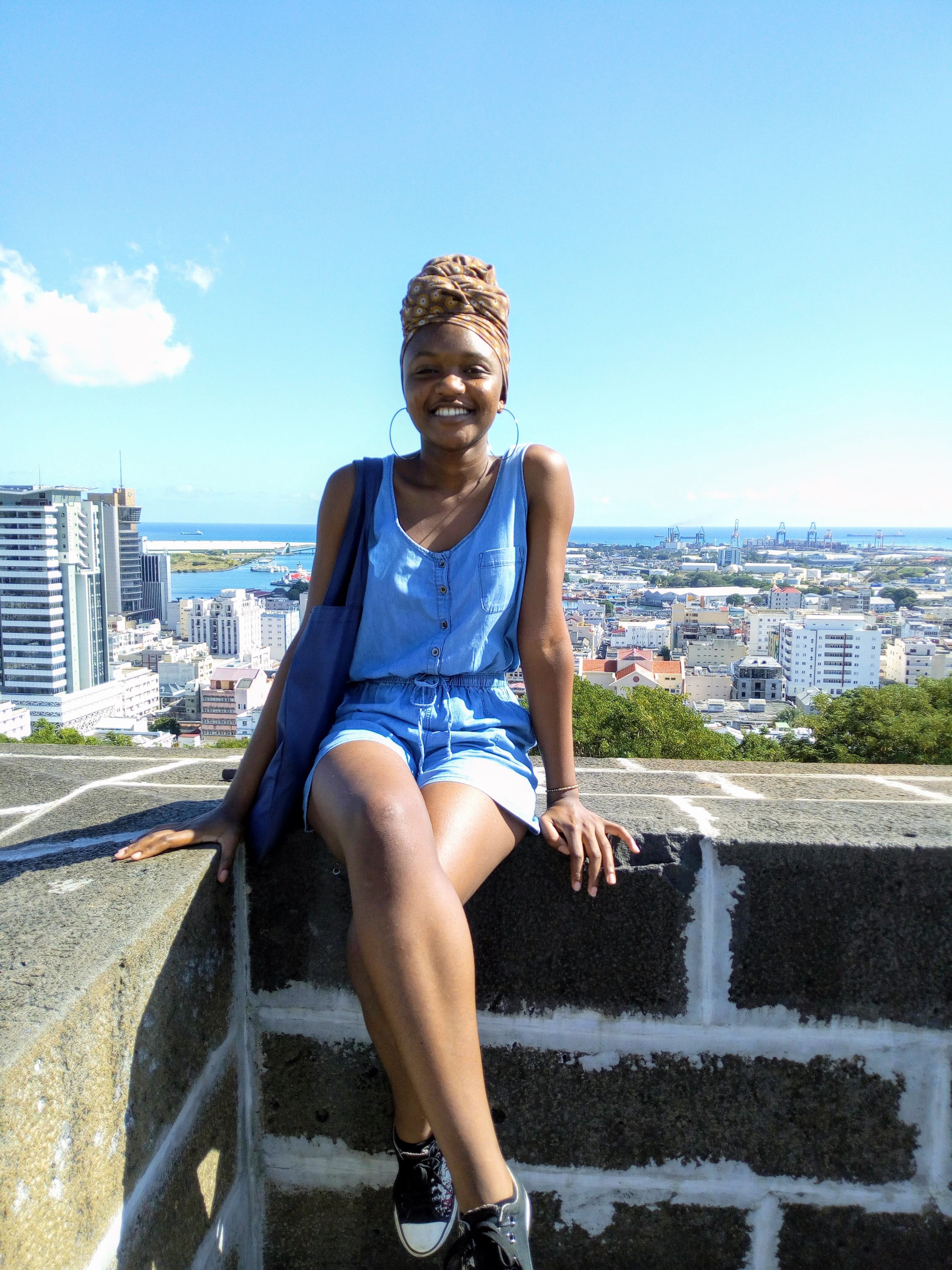