Lessons from the life and career of Kobe Bryant 🏀 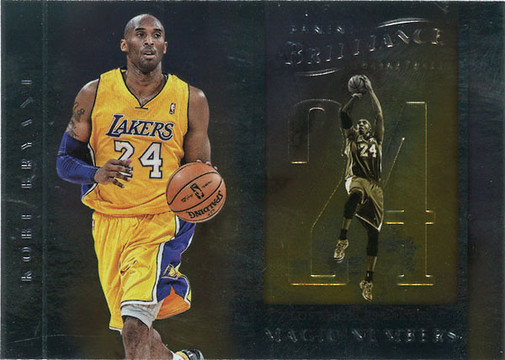 There are very few people whose sudden demise can or has spark such instant outpouring of love and grief. With the tragic death of Kobe Bryant, the world is less one legendary sports icon who inspired generations throughout his career.

However, there are a few career and life lessons we can learn from Kobe whose career spanned 20 years with 18 All-Star appearances, 4 All-Star Most Valuable Player awards, 2 NBA finals MVPs, 1 NBA MVP and 5 NBA Championships making him one of the greatest basketball players of all time.

Practice makes perfect. No one knew this better than Kobe. He practiced relentlessly improving his skills. Back in January 2013, he was quoted saying, “I was probably born a scorer, but I was made a winner. Whatever works, whatever wins championships, wins games, that’s what I do.”

Kobe’s dedication to practising saw him score 33,583 points with 8,368 free throws during his NBA career becoming the fourth highest point of all time.

2. Resilience in the face of adversity

It’s common for professional athletes to sustain injuries in the line of work, Kobe was no exception. One of the most notable injuries during Bryant’s career was an Achilles tendon injury that would lead to him missing out on the next season in 2013.

Despite having the injury, he went on to shoot his free throws with a limp, wincing with every move. He made his free throws helping his team win against the Warriors-118-116.

During an interview with The School of Greatness Podcast in 2018, Kobe shared instances where the Lakers' late Assistant Coach, Tex Winter, would have him watch tapes of his games analyzing details.

Kobe was also known not to be shy to reach out to his successful peers like Michael Jordan or Tiger Woods for advice, even when he was regarded as a successful player who had won everything in the game.

4. Use your skills to empower and mentor

Kobe founded the Mamba Sports Academy in 2018, named after his alter-ego “Black Mamba”,  out of his passion for empowering the generation after him through sports.

"Sports Academy has perfected the art and science of athletic training, from elite players to young kids getting started," Bryant said while referring to the existing school that he took over. "MAMBA Sports Academy is a natural expansion of my commitment to educating and empowering the next generation of kids through sports."

Kobe didn't just invest his time and sweat into basketball — he dedicated himself in every way to becoming one of the best. "If you want to be great in a particular area," he once said, "you have to obsess over it. A lot of people say they want to be great, but they're not willing to make the sacrifices necessary to achieve greatness. They have other concerns, whether important or not, and they spread themselves out."

There was no hiding Kobe's deep love for basketball, and that’s exactly the mentality you must have if you want to become the best in your niche. Embrace your passion, your obsession, and use it to reach heights others can't.

Fall in love with the process of what you do. If you’re only in it for the money, fame or accolades, you’re not going to make it very far.

On the court, Kobe was a powerful-if-controversial leader for his team. He always aggressively pushed his teammates to be their best, and while some have called Kobe a bully, the former Laker explained his strategy in his book, Mamba Mentality: “I varied my approach from player to player. I still challenged everyone and made them uncomfortable, I just did it in a way that was tailored to them. To learn what would work and for who, I started doing homework and watched how they behaved. I learned their histories and listened to what their goals were. I learned what made them feel secure and where their greatest doubts lay. Once I understood them, I could help bring the best out of them by touching the right nerve at the right time.”

Above all Kobe was a great family man.