A blog about Fatouma Harber - A Front Line Defender

Fatouma Harber is a human rights defender, psychologist training teacher and blogger based in Timbuktu. Fatouma defends the communities in Mali especially women who were held against their will by jihadists in Islamic police stations. Islamist armed groups occupied Timbuktu in 2012, she started writing articles in her blog  (faty.mondolog.org) to speak out against the human rights abuses committed against civilians, and particularly violence against women. When Islamist armed groups arrived in Timbuktu, journalists and foreigners were gone; Fatouma was forced to take videos and tweet daily on the happenings. Initially, Fatouma tried to remain anonymous, but after her blog was nominated for a prize, she started to use her own name and to participate in radio and TV shows. She became well-known and she started receiving death threats. Her parents, who live with her in Timubktu, started to receive threats from armed groups. Despite the threats, Fatouma continued to document human rights abuses and to write in her blog. She also co-formed the #Mali100Mega Movement, that advocates for better and cheaper Internet access in Mali, and she founded the organization Doniblog, a collective of Malian bloggers who write mainly about democracy and freedom of expression. Fatouma also created an association called Yermatoun, which demands justice for the victims in Northern Mali and works on democracy, youth empowerment and government accountability. 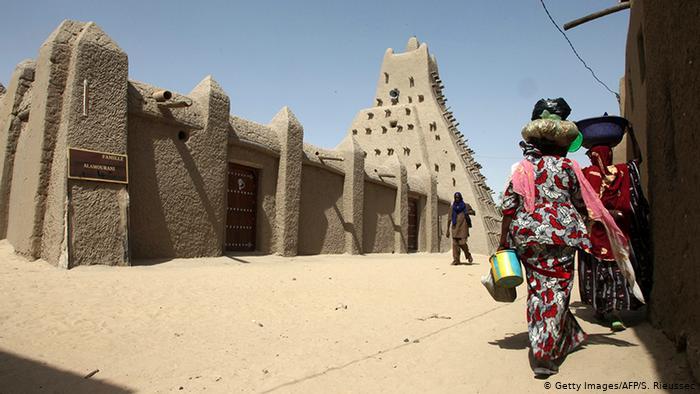 “To live in Timbuktu….is to inhabit the end of the earth for us who live there.

To live in Timbuktu, it is to live in a city lost in the dessert, where there’s neither water nor electricity, for those who not only live far away, but are also friends with the sellers of illusions, those who have taken the weapons to claim independence. As if independence would bring water and electricity as soon as it was obtained, as if by magic.

To live in Timbuktu, is to spend one’s time being afraid for one’s family, friends, villagers in the neighborhood who are forced to take the torturous paths of the dessert to Timbuktu in order to sell their food. They risk every corner to be robbed of their property and even simple Chinese phones by their so called liberators.

Living in Timbuktu is certainly a living death for those who are not there and know that you are fighting against their project.” Writes Fatouma Harber in one of her blog posts dated  8th June 2015.

Fatouma has shown the world that it takes courage to raise a voice about vices in the society and that change can only come from within.

What else have you heard about Miss Fatouma Harber and what can we learn from her?