Michelle is a girl from the Kenyan Coast. Michelle is the Acting Profile Support Volunteer for Aiducation International Kenya and works in the Talent Management department. She is responsible for document collection and the management of individual scholarship profiles. In October Michelle spent two weeks in Switzerland. Read about her experience she made during this time.

When the invitation was extended to me I thought it was a joke at first because one of the partners just asked me over drinks, “Michelle, would

you like to come to Switzerland as well?’ And of cause my response as any young person would be yes. The invitation was not formal but that is how it came. This happened after a successful academy in April 2019 in Watamu. Five and a half months later we are at the airport at 3:30 a.m ready to embark on this awaited trip. First time travelling abroad, a connecting flight plus the anticipation of what I am to experience in this foreign country as well the main purpose of the visit; continue making impact under Aiducation

Thank you @Cynthia Brauchli my dada, who was already waiting for us at the arrival gates despite feeling unwell. The weekend was spent with her in Schaffhausen where we had some time to catch up on the first evening and as well had our first time cheese experience. The following day was spent outdoors where we visited the biggest falls in Europe the Rhine-Falls and the old town. The weeks that were to come were booked for meetings, events and other Aiducation related activities alongside touristic visits which was a good blend of work and fun.

On Monday 21st October we had our first briefing with most of the Aiducators in Zurich Altstetten Matthias, Andrea, Maya and volunteer Yoko. My experience visiting the first Service Club was nerve racking. Being an introvert I knew it was not going to be easy for me to have so many impressions within a day and not retreat to reflect until the day came to an end let alone sharing my personal story and journey under Aiducation. A special experience for me was a brunch organized by one of the ambassadors Ms. Sunnie Groeneveld where she invited over a few of her friends, colleges and mentor. This was the first time I let my walls down, became vulnerable and let strangers into my life through sharing my story. It was emotional but felt safe to share within a small group set up. An important thing I took from this experience was owning my background and that it does not define whom am going to be, I don’t have to erase it or not talk about it but embrace it and be proud of what I have become this far. I felt some kind of empowerment through this and that I have a responsibility to be a role model to other young people who are going through the same experiences I have gone through and assure them it is going to be fine so long as they are focused and aspire to be better. 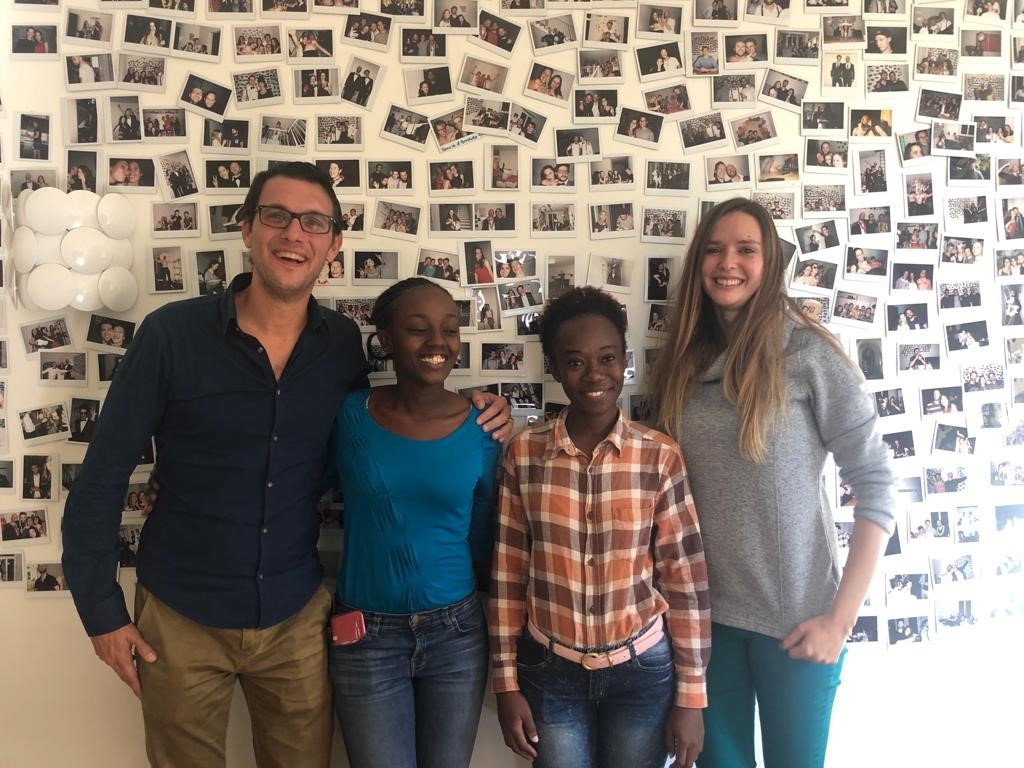 The two Impact dinners in Zurich and Basel were the highlight of the visits. Thanks to the organizing team who prepared us well before hand on what to expect in both events we had a

good time. An interesting element I observed was that there were quite some young people involved in such courses as Aiducation’s. It was nice to see that they were curious to know more and want to be involved with this program. It generally felt like some reunion of some kind meeting people I knew before the event and meeting new people as well. I remember sitting on a table where one of the guest asked me to share my story with everyone during dinner after which he asked if I knew any of the Aiduseekers or if I had some kind of prior interaction with them during the application process and if I would recommend them. Meeting some of the Aidumakers as well made me feel some kind of responsibility towards watching over the students they support at a personal level.

Most importantly is what I learnt from the entire experience. That my background doesn’t define me. As Mrs. Grueninger head of Philanthropy at Roche put it,” …people always ask me, what is your background and how did you get here?” her response would be,” ….my background is behind me.” Which is very true. I do not have to look at where am coming from but rather think what I can do to make the world a better place.

Fifth would be where I want to be in the next five to ten years. Am hoping to influence policy change in the government through sectors that are crucial being education and health. If can contribute just a little towards this I would be proud to say I did it.

Thank you Aiducation in partnership with BDO for making this happen.

A second lesson is that it is always important to take time to reflect form each day’s impressions. Until recently I never realized how the scholarship had change a lot in my life. For me it was a 360 degrees turn around. Had it not come at the time it did I would be telling a different story or a quick guess would be becoming somebody’s wife at a young age. I have challenged my elder sisters to want to be better than what they are. For my younger sisters I have set some bar for them to surpass. A role model I have been to them to emulate or assure them that despite the tough upbringing there are better things to come their way. It’s about resilience and making it despite the challenging circumstances.

Being exposed to powerful networks over the two weeks is something not to take for granted. A scholarship can come out of it in the spirit of giving back. I believe I speak for many of the alumni that at some point in life they would want to do the same. I don’t have to do it alone, I can rally my networks to make possible raising a scholarship. Am hoping to this for some scholar next year. That’s my third lesson

Four, to best enjoy any visit or adventure the secret is to approach it with an open mind. I had the best time thanks to being open minded going on this trip. I got to try any food that was served and loved it. I went cycling from Basel to German and France and enjoyed it as well. I got to experience snow at Engelberg and loved it. The different cultures was just fine. Even language barriers never limited me. I got to play and baby sit kids speaking Swiss-German but had fun despite not using the same language. 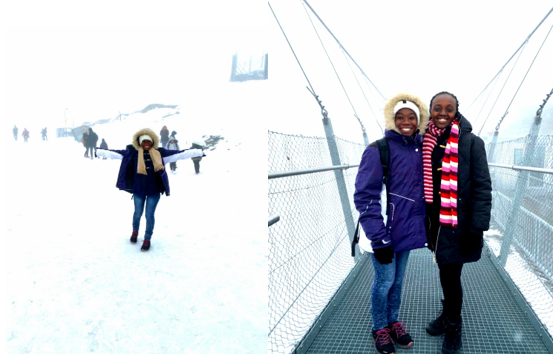 Fifth would be where I want to be in the next five to ten years. Am hoping to influence policy change in the government through sectors that are crucial being education and health. If can contribute just a little towards this I would be proud to say I did it.

Thank you Aiducation in partnership with BDO for making this happen.

A special thanks to Ms. Elaine, Cynthia Brauchli, Florian Kapitza and Andrea Specht for hosting me, Esther Baur for Titlis trip and Lindt experience, Florian for the three countries experience in a day, Amelia Meier for the art visit, Maya Hinterberger, Matthias Meier and to everyone that was involved. Nawapenda sana.