In Kenya, getting through secondary education and pursuing higher education in an Institution of higher learning is a significant stride. It helps one to develop new skills, meet new people, build networks and advance socially.

Aiducation has helped many bright needy students complete their secondary education and further proceed to pursure their dreams in instituitions of higher learning.

Today, we bring our lenses to David Charo Katana, an AiduAlumni from Kenya to give a personal testimonial about his journey in Aiducation. This testimonial paints a clear picture of how Aiducation has played a critical role in his life as he looks forward to build the nation in many significant ways.

I was born in a small village called Boyani in Kenya with 5 other siblings. I went to Boyani primary school, for both nursery and primary school education. My father struggled to make ends meet to provide for us. He was a peasant farmer and my mother was a house wife. At that time, a primary school was free so he just had to buy for us school uniform and books. I worked hard and from class 1 to class 8, I was position 1 all through except for one time when I attained position 3. At class 8, I did the Kenya Certificate of Primary Education (KCPE) exam and I scored 387 marks out of 500 marks. I was the best candidate in my class.
I got a calling letter to Ribe Boys High School, a provincial school still located in Kilifi County. However, my father wanted to take me to a nearby day school due to lack of school fees. But after consulting more with family members and the Ribe Boys’ High School principal, my father decided to take me to Ribe Boys. The principal agreed that I report to the school as my father continues seeking for help through bursaries. Moreover, he used to bring goats and cereals to school to cater for the huge school fees balance which was accumulating at an alarming rate. It reached a point when I had to be sent home since I was not eligible for a meal card, which meant I could not survive in school.
Despite all the frustrations, I still performed exceptionally. One day when I was about to leave school for home, after missing the meal card, the Christian Union patron summoned me to his office, and told me about Aiducation International, gave me the application form, and told me to fill it in and submit to his office as soon as possible. I applied and waited. Several months elapsed before getting the good news, news that elated my heart! I had finally been awarded the scholarship! To me, this brought peace, and I focused on my studies. I prepared very well for the Kenya Certificate of Secondary Education (KCSE), spending sleepless nights studying tirelessly, which saw me become the top candidate in my class, as well as in the whole Kilifi County region, in which more than 7000 candidates sat for the national examination. My success attracted media attention and I was featured in a Daily Nation newspaper article. I was very happy for this success and overly grateful for the scholarship which contributed immensely in the excellence that I attained. 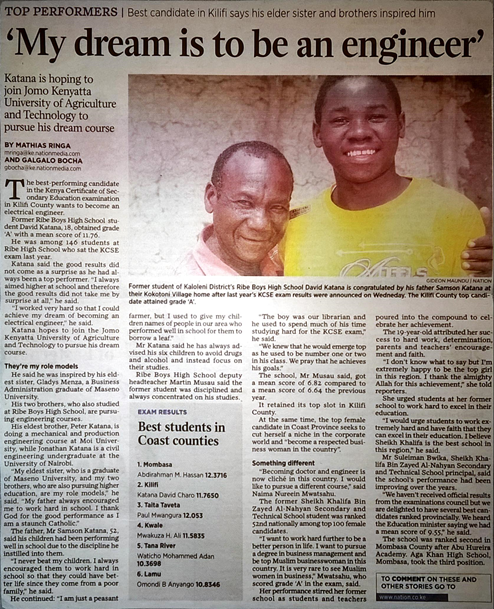 Skills learned through the mentorship academies I attended include:

Before joining university, I volunteered at the Aiducation International-Kenya office at Watamu in 2012 and 2013 as a way of appreciating the scholarship that Aiducation awarded me. I helped in documentation and file keeping, as well as mentoring AiduFellows. This was very fulfilling, as it felt great seeing AiduFellows improving their grades after guiding them and giving them some advice. 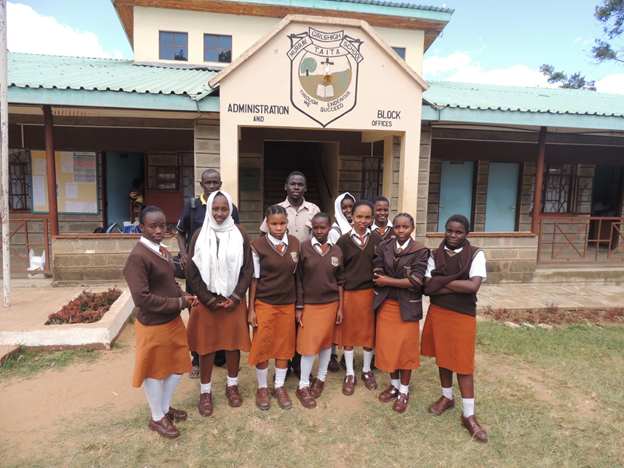 At Murray, Girls mentoring AiduFellows together with Mr. Collins Mwagandi

Moreover, I have been a member of the Rotaract Club of Watamu briefly some time back in 2015 where I participated in the club meetings and contributed in jigger eradication campaign which the club was undertaking at that time, in partnership with the Rotary Club of Watamu.

I joined the Technical University of Kenya in 2013, pursued a Bachelors Degree in Electrical and Electronics Engineering. This was made possible by a loan which I secured through the help of Aiducation International co-founders Dr. Florian Kapitza and Jeremiah Kambi Kiponda. I graduated from university in December 2018 with a second class honors upper division. 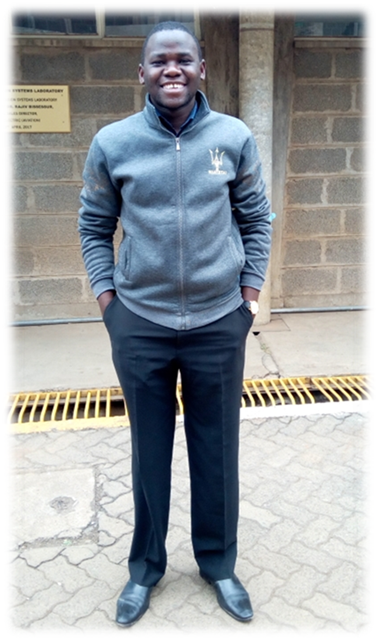 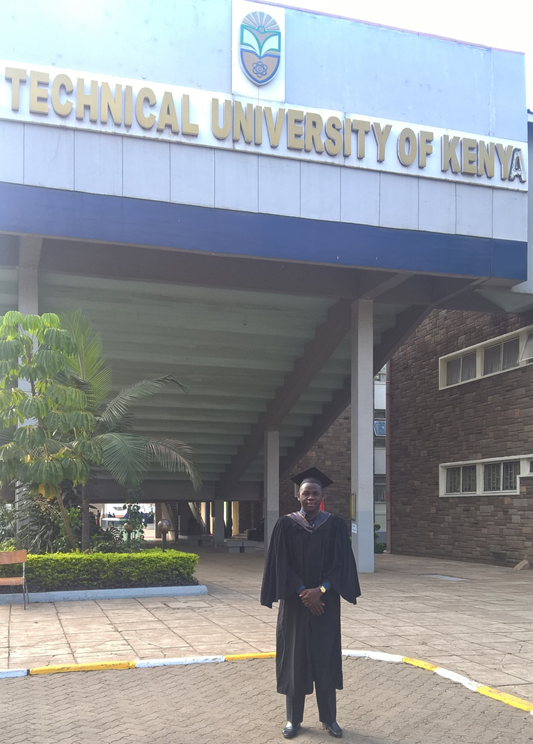 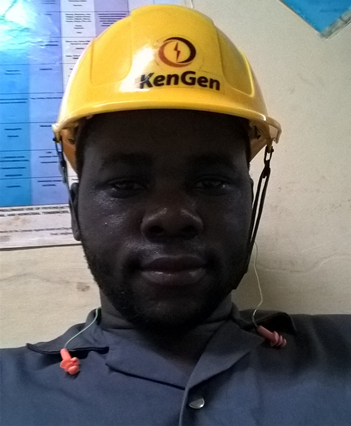 Graduation December 2018, at the Technical University of Kenya, in Nairobi

Currently, I am undertaking an internship at the Kenya Electricity Generating Company (KenGen) in Mombasa, Kenya.

So far, I have held a few leadership within Aiducation Alumni network such as:

During free time, I like reading novels and technology journals, playing soccer and volleyball (less often though), writing articles, travelling, as well as taking nature walks with friends at the beach. 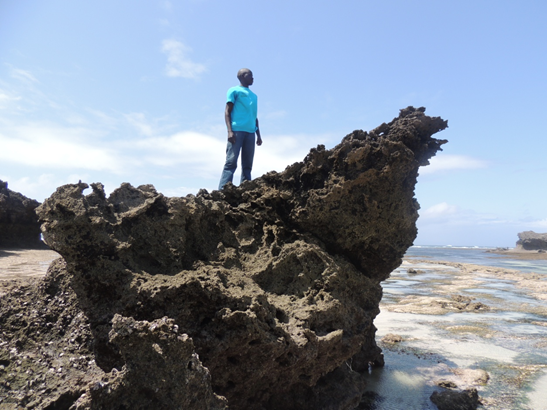 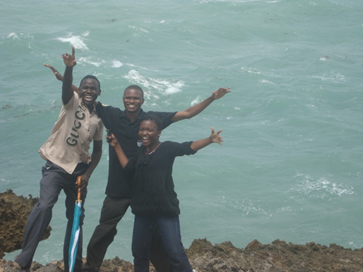 I would like to express my heartfelt gratitude to the Aiducation International fraternity: the Co-founders Dr. Florian and Jeremy; Aidumakers, Aiducators, and Aidufriends. All have had immense impact in my life. And indeed, I am looking forward to doing more volunteering activities, giving back to the society in every way possible, and of course giving out scholarships to bright and needy students, because they also need assistance to achieve their dreams and ambitions, just like I was helped, I will also contribute in aiding their education.