The Kenyan sisters Gift and Anzazi Kiti started the natural spice business Chibundiro in 2014 to give food “additional yumminess”. Dedicated founders, financial help from Aiducation’s and Swiss Re’s Start Up Fund, and mentoring by SwissRe staff Osman Okeiga, led the business grow. Today, it sells in supermarkets, employs four people and generates a monthly revenue of 2800$. The ambition goes still further. by nl

Where did the business idea come from?

AiduAlumna Gift Kiti used to eat a lot of bland food at her Kenyan high school. Luckily for her, among her five siblings was a gifted cook: Her sister Anzazi. Anzazi regularly prepared her a natural spice mix to add “that extra yumminess” to her Ugali meals. The mix of coriander, ginger, cinnamon, garlic, onions, cumin seeds, cardamon, black pepper and cloves was so good that Gift soon had envious school mates who begged for a share. The seeds for a business idea were sown. 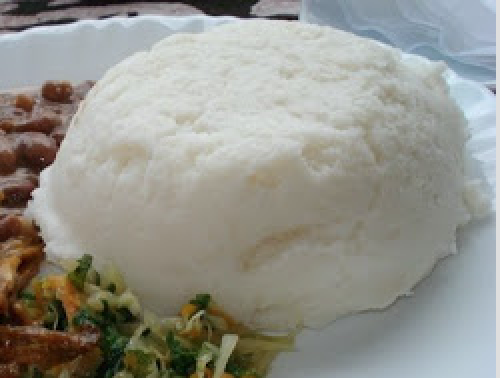 How did the business start?

The idea of a natural spice business was developed further in the summer of 2014 during the first Swiss Re Start-up Academy, jointly organized by Aiducation and Swiss Re. Here, Gift worked on her and her sister’s idea with a group of other Aidufellows.

“Originally, we thought of it as a 1-week-event and a chance for students to develop ideas”, says Osman Okeiga from SwissRe. “But we saw such big potential and at the same time we knew that the development of businesses in Kenya is hindered by excessive local loan rates of up to 20%. We thus took it a step further and decided to fund the most promising ideas through a Start-up Fund.”

The idea of the spice business wasn’t actually presented to the jury during the academy since it did not end up among the top 10 ideas – but after the academy, Gift and Anzazi founded the company Chibundiro and tested their products in the local area. “Health first, nature’s best” is their slogan and stands for healthy living and natural food seasoning. Knowing there was a market, they applied to the Start-up Fund with a solid business case in the summer of 2015. Their project was approved and they received $5000 in funding, which was enough to buy a food processor and packaging material, as well as to create a website

“This really kicked off everything and made scaling up possible”, Gift says. Today, as compared to 2014, production and sales have increased by more than five times.

What role did the mentoring play?

Since 2015, Anzazi and Gift Kiti have been mentored first by Zuzana and then by Osman from Swiss Re. Osman, who is also from Kenya, knows not only the local culture and market, but also important contacts. “We have weekly calls discussing key challenges and issues they think I can help with. As a young business they struggle to make connections and to establish the product, which is where I can help”, he says. Important questions are how to penetrate the market or how to scale up production. “On-the-ground mentoring is crucial and I have put them in contact with a woman from Unilever and the owner of a food factory to develop plans for market penetrations and options.”

A key moment for the young business was when Anzazi quit her job as an auditor with E&Y at the end of 2016 to be fully committed to Chibundiro. “The mentoring was central in taking this decision”, says Gift, who currently studies French and Public Health in the US and works remotely for the startup besides her studies.

Where does the road lead to?

Today, Chibundiro stocks some of the popular supermarkets like Chandarana Foodplus, Eastmatt and Cleanshelf, and employs four people who work in a dedicated space. The goal is to reach 100’000 repeat customers by the end of the year, to grow the next year and to reach 1 Million customers – or 1 in 50 Kenyans – in 3-5 years. Foreign markets will also be targeted further down the road. “The middle class is growing, its purchasing power is good and Chibundiro has an attractive price”, Osman explains this ambitious goal.

“I love seeing them grow”, says Osman. “And I see them going so much further – expand nationally and then internationally further down the road”. And he adds, “I always try to make time for this, it’s truly inspiring. Through the mentorship I have seen several girls grow and become such strong young women, which motivates me tremendously to continue.”

You are speaking from our (Aiducation) heart, Osman!

Learn more about the startup fund and your chance to contribute:
http://www.aiducation.org/en/Content/Static/StartUpFund.html

3 YEARS OF COLLABORATION WITH PATHWAYS PHILIPPINES: WHERE ARE WE NOW?