THE ROAD TO PAN E PIÙ

Aiducation is excited to introduce our new Aiducator Adam Cianciara who started to work with the Aiducation Headquarters last month. Adam is responsible for building and maintaining good working relationship with Aiducation’s current and prospect partners and donors. He also takes care of the students’ profiles as well as their progress reports. He holds Ph.D. degree in Social Sciences from University of Wroclaw and CAS in Development and Cooperation from ETH Zurich. We asked him to introduce himself and share his first impressions of this new task with us.

“While in a cozy Italian bistro, Pan e Più, on a grey day in winter, a couple of Aidumakers, AiduAmbassadors and Aiducators had an occasion to meet our Kenyan AiduAlumni Bryna, together with Osman and Lynda. It was after this evening in February, when I decided to combine two stories in a blog post – mine and Bryna’s. 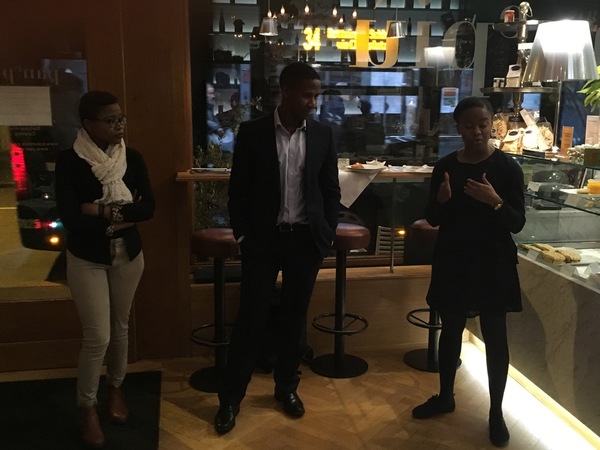 I was born in Poland few years before the communism fell down in Eastern Europe. However, when I went to primary school, Poland was already a fully democratic country on its way to the European Union, with a booming economy, public health care system and public education free of charge from primary school to university level.

Bryna is only a little younger than me. She was born in the early 90’s in Kenya – a fairly developed country, though still languishing in many areas. At that time, Bryna’s father was unemployed and her mother worked as a housewife. Bryna has five siblings. Despite her humble background and thanks to free-of-charge primary education in Kenya, she was able to finish primary school. 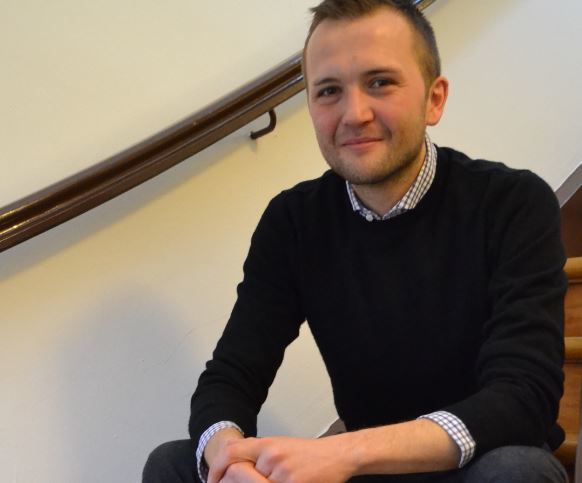 I passed my primary school’s final exams with flying colours, but far from anything as exceptional as Bryna’s results. In her final exams, she scored 399 points out of 500, a nearly impossible result that ranked her among the top 2% of students in her graduation year. This set a new record for her primary school – and it hasn’t been broken since then.

For both of us, myself in Europe and Bryna in Africa, the next steps were obvious: attending high school education and then pursuing a university degree. But from this point on, our education paths divided.

Bryna’s father knew his daughter’s enormous talent and took all the money that the family had. With his gifted daughter he set off from their hometown Watamu on the cost to Eldoret in the west of the country to enrol Bryna in Moi Girls’ Secondary School – one of the top high schools in Kenya. After a 17-hour journey – a journey that Bryna will never forget – they reached Eldoret only to learn that the money they brought was merely enough to cover the first year of education.

A few years earlier and a thousand miles up north I was applying to the one of the best high schools in Poland, conveniently located in my hometown Wroclaw. I must confess, that I hardly remember that moment in my life. I guess that my father gave me a lift to the school’s building, where I filed my application. Or maybe I sent it in by post? Anyway, what I certainly remember is that money was never a question. Not only for me, but also for most of my peers regardless of their backgrounds and parents’ earnings. In Poland, education at every level is free of charge. To some extent, high school works as social equalizer. Even children from less privileged families have a chance to study at the best schools and “upgrade” their social status. Parents in Poland don’t have to take out a mortgage or sell their land to send their kids to school. They don’t have to make the heart-breaking decision which of their children, if any, should continue education. In Kenya, where students have to pay a fee for high schools, all of that belongs to harsh reality of almost 40% of families.

So while I was having a carefree summer before the beginning of a new semester in high school, Bryna was on the verge of despair. She knew that despite her hard work and undisputed talent, she was bound to be yet another victim of the poverty trap. But then – while I was still enjoying the summer – Bryna learnt about Aiducation scholarships, which would enable her to go to high school and pursue her dreams. She applied for support, got a scholarship and started her education at the elite Moi Girls’ Secondary School. In other words: she took yet another step to break the vicious circle of poverty.

Once again our education and career paths became closer. We both graduated from our respective high schools with high grades (though I bet that her grades were better). After high school, Bryna started to study Agribusiness Economics and Food Industry Management at the Jomo Kenyatta University. In 2014, with a help from Aiducation’s Start-up Fund, she co-founded the agribusiness start-up “Tomato Splash”. In 2016, after graduating from university, she began a one-year-long internship with Swiss Re in the company’s offices in London and its headquarters in Zurich. On 9 February 2017, she was in Pan e Più, a small Italian bistro in Basel, telling her story and the way she is contributing to her country and community in Kenya.

On my side, due to the small difference in age, I started university studies a few years earlier than Bryna. I studied Political Science and International Relations at the University of Wroclaw. After the master program I earned a PhD degree in Social Science on the theory of conflict. After this, I worked as a project coordinator in one of Poland’s NGOs and in 2014 I moved to Switzerland, where I completed post-graduate studies in Development and Cooperation at ETH Zurich. At the same time, I worked as a skills-based volunteer for the Marketing and Communication department at the Swiss Red Cross – Canton Zurich. In February 2017, I began working for Aiducation International as a fundraiser. On 9 February 2017, I was in Pan e Più, small Italian bistro in Basel, listening to Bryna’s story and wondering how on earth I am going to pay back the world for my privileged status.