Exactly ten years ago, Obrein’s story started with the day he was donated an Aiducaton scholarship, a most positive example of Aiducation’s impact. His energy and desire to change Kenya for the better are truly exceptional and have already made a difference to communities in Kenya. “Aiducation has contributed a lot to my life”, he shares. “You can only give back what you have. Aiducation gave me something, and that’s what I am giving back.” Since he has been passionate to enable justice for a long time, it is no surprise that he started to study law at University of Nairobi five years ago. To celebrate his successful graduation at the end of last year, we are looking back at his major milestones as an AiduTalent. 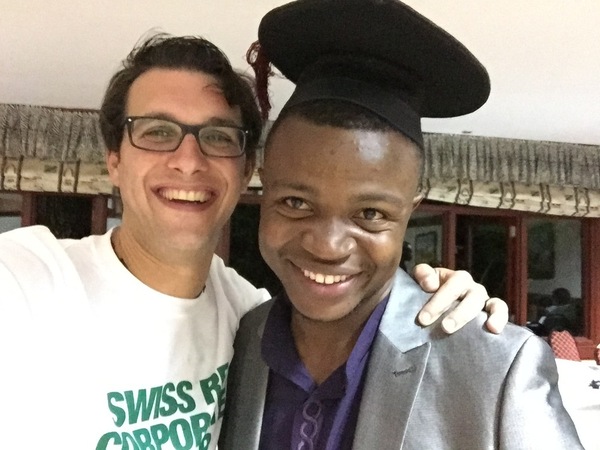 In 2006 Obrein, whose parents supported a family of eight with occasional jobs, graduated from Mirembe Primary School as the best student in the district. Only a few months later, he was donated an Aiducation scholarship that enabled him to attend Nakuru Boys High School, one of the biggest secondary schools in Kenya.

In 2009, Obrein, who himself was without means, showed during the course of secondary school how important his country is for him. He mobilized 65 teachers and 500 students to raise about 33,000 Kenyan Shillings (400 USD) for fellow countrymen of a completely different ethnical background who were suffering from a famine. The story was featured in one of the major newspapers in Kenya.

During the last two years of secondary school, Obrein led a student organization that analyzed the use of dried cow dung for heating purposes to battle climate change. For his dedication to this cause, he was invited to attend a Change-Makers Conference in London.

In 2010, Obrein completed high school with a „plain A“ and was again one of the best graduates in Kenya. 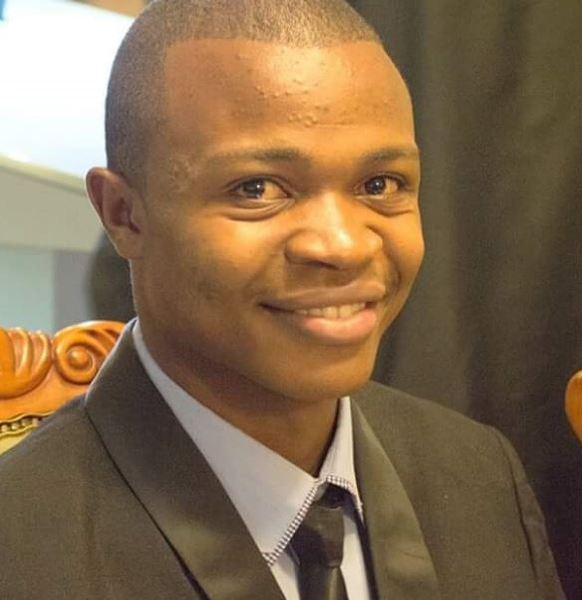 In 2011, Obrein interned at the Royal Society of Africa in London, an internship- that had been organized by Aiducation Internation UK.

In the same year, immediately after high school, he co-founded the Aiduation Alumnus network and is still actively engaged in the Alumni activities as the President of the Aidualumni Network Kenya. As a president, his responsibility is to see the actualization of the ‘make Kenya a better place ‘ vision through leadership training and mentorship. He sees the alumni group as a powerful network of young minds that are empowered to provide solutions to Kenya’s socio-economic and political environment and possibly also to the world.

Also in 2011, Obrein volunteered as a coordinator of “Realizing Your Potential Academy” in Malindi. His duties included setting up a team to help run the academy and mentoring the Aidufellows at the academy. Since then, he has always provided support to all academies Aiducation has organized. In particular, he attended the Swiss Re start-Up academy in 2014 as a mentor and facilitated the first session on pitching, together with his AiduAlumna Lynda Kalu. Obrein also supports Aiducation as an errand boy in Nairobi. His activities include visiting schools, logistically supporting mentorship academies in Nairobi and recruiting young talents for Aiducation International scholarships.

In 2013, he was selected from a pool of about 10,000 influential young people to attend the One Young World Youth Leadership Conference in South Africa. This was just after he had returned from Suwon Korea where he was attending the Eco-mobility conference as winner of the UN-Habitat blogging competition. In both events, he was keen to promote actions against climate change and how the world could foster cooperation to address its most pressing needs.

From 2012 to 2016, Obrein studied law in Nairobi. His career objective: „To pursue a life of excellence where I facilitate positive change in all my undertakings while promoting fairness and fidelity to the Law.” During this time, he was the secretary general of Students of Law and Diplomacy where he worked hard to highlight the inter-link between law and diplomacy. He was also coordinator of KUZA, a mentorship program for law students, where his duties included inviting lawyers and advocates to share their experiences in the legal realm. Outside school, Obrein visited both primary and secondary schools to motivate students and share his experiences. At the same time he was strongly involved with CAPSAY and K-CAT, two organizations galvanizing youth engagement on climate change solutions.

Once Obrein completed his university education, he participated in various volunteer jobs, including work with “Volunteer Service Overseas”, a program funded by the British government through the International Citizen Service to alleviate poverty in the world. He also volunteered with the US embassy on the piloting of plea bargaining in Kenyan Courts. 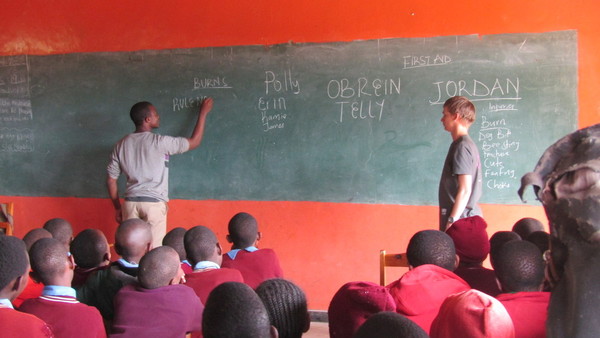 In 2016, he was one of the trainers of a Masaai Community on water and sanitation. In the one-day workshop, along with a team of other youths, he convinced the 100 community members to attend the water and sanitation program. He also raised funds to build classrooms for the community’s children who used to study outdoors and under a tree. Although the amount of money was not sufficient to build a concrete building, the children can now do their studies in tin rooms.

Also in 2016, he organized an awareness creation session on Climate Change and Gender at the Noomayianat Community Development Organization Centre, Kimana, where he trained students at Ilkinsoko in Loitokitok Secondary school on sexual health and gender based violence. Passionate about law and committed to creating more awareness on human rights, he organized the first ever legal Aid Day in Loitokitok (a Maasai community where FGM is practiced) together with a team of young people and was able to reach 300 people. 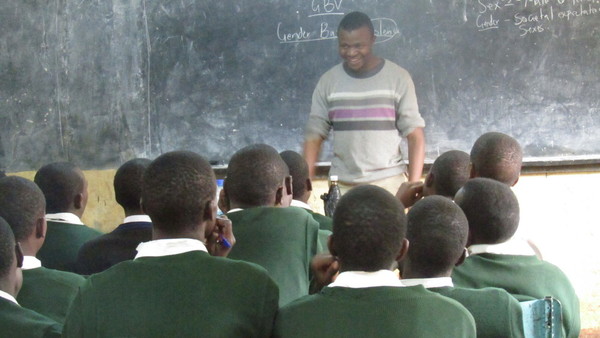 Today he says: “While you are in pursuance of academic excellence, see to it that you not only graduate top of class but also with first class honours in values Aiducation has taught you and those which our founding fathers fought so hard to protect. Now, the vagaries of life might expose you to bitter and sweeter times. During the bitter or sad times, especially when the storm above you is staring menacingly at you and your boat is under attack by violent waves of hopelessness, diminished possibilities and low self-esteem […], remember that even the greatest of Tsunamis eventually subside. This race to better our generation will not be won by the swiftest runners but by those who keep running. So keep running.“ 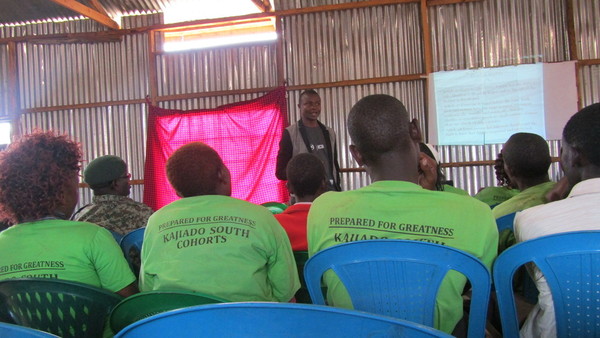