KCSE EXAMS: A YEAR OF RECORDS FOR AIDUCATION

In Kenya, every year hundreds of thousands of students take the Kenya Certificate of Secondary Education (KCSE) exams, which are a major determinant of the individual’s future career opportunities. The eagerly-awaited results of the 2015 KCSE examination have just been announced to the public. We are extremely happy that a dazzling 93% of our 123 AiduFellows attained the minimum university entry qualification of C+ and above, while the average of all candidates is at 32%. Even more, it was a record year of “A’s” of our AiduFellows.

A total of 522,870 students sat their KCSE exams at the completion of their secondary education last year in October. A good grade guarantees a place in one of the universities in the country. The recently released results of our AiduFellows who took the exam overwhelmed us: 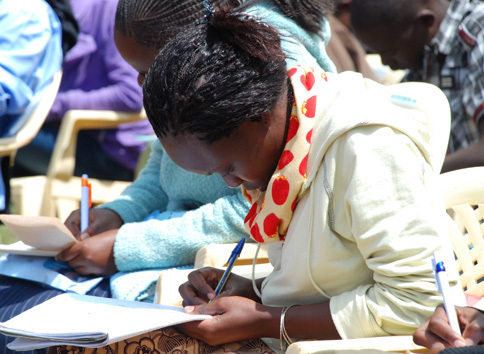 Despite the good news, there was some troubling information as well. Although the KCSE examinations were held under very strict supervision, the Senate Committee on Education reported massive irregularities during the 2015 KCSE examination. In fact, almost 1% of all candidates had been disqualified in the 2015 KCSEexamination as a result of their involvement in various examination malpractices, which is a 70% rise in cases of exam irregularities compared to the previous year.

Jeremy Kambi, CEO of Aiducation International Kenya, relates this to the longest teacher strike in Kenya’s education system. Public schools were closed for the duration of the strike while private institutions were still operating. This caused massive inequities in the students’ education levels. After six weeks, the courts ordered teachers back to class, and the Kenya National Examination Centre did not give in to demands of postponing the exam. Instead, they went ahead to administer the exam, amid rumours of exam leakages. “In my opinion, the exam in Kenya is 99.9% credible.” Jeremy said. “The dissolution of the examination body is in order since Kenya takes examinations seriously and could not have accepted a body that oversaw a cheating rise to about 70%.” We are happy to declare that none of our AiduFellows had their exam cancelled in 2015.

The brilliant performance of our AiduFellows is clear evidence that our approach of giving young people access to education by financial support and individual training transforms the latent human potential into concrete possibilities for action and leadership. Although some of the AiduFellows with top grades may not choose to study at a university, all of them received the knowledge and, at our mentorship academies, the entrepreneurial tools that enable them to pursue their individual professional goals and aspirations. We strongly believe that these young motivated people will positively impact their society and change life in Kenya for the better. 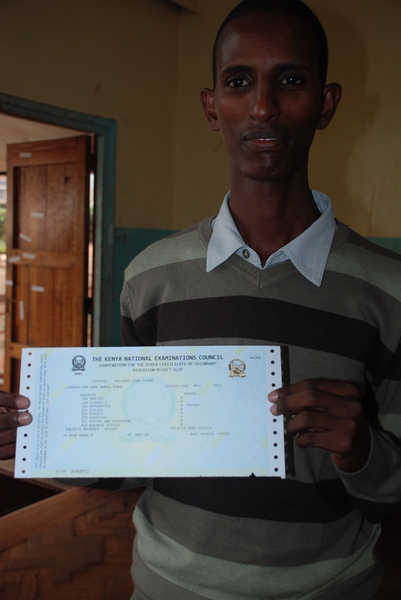