AIDUFELLOW DANIEL J. BENITO IS THE VALEDICTORIAN OF CLASS 2016

„Of course, I have always hoped that one day a Pathways and Aiducation participant could be Ateneo Valedictorian. We’ve come close these past years“, Solvie N. Nubla-Lee, CEO of Aiducation International Philippines and Director of Pathsways, shares on Facebook. „I am happy this year proved to be THE year.“ 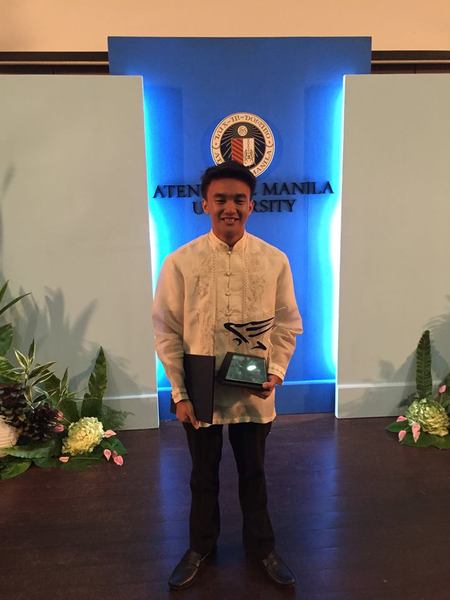 Daniel is an exemplary leader. At his very young age, he has the rare ability to think strategically while at the same time ensuring his programs and his team effectively executes projects. He has also successfully shown how he is able to balance his time efficiently to make sure he churns out exemplary work in his extra-curricular activities, while still excelling in school and balancing other responsibilities such as his participation in Pathways.

All this he accomplishes with a mild and cheerful disposition. His leadership style is easygoing. Despite his achievements, he continues to remain humble and yet has easily gained the respect and admiration of his peers. He can easily transform from a shy, reticent person to a charming, confident and competent young leader that he is. That is why he can rally them to commit to a project and deliver effectively. „To me, he has truly imbibed what it means to be a man for others – academically competent yet humble, charismatic, perceptive to the needs of the marginalized“, Solvie expkains. „He is a team player who knows when and how to step up when needed, and when doing so, he is able to involve his team to grow along with him.“

While balancing his rigorous academic requirements at one of the top universities in the Philippines, he continued to volunteer as facilitator in the various Pathways activities. He also continued to be involved in Alay ni Ignacio (ANI), a summer program that he was once a part of as a participant, but now, he has come full circle as its President.

It was under his term that Alay ni Ignacio effectively established ANI’s online presence and exposure, thereby introducing ANI to a new generation of Ateneans. It was also under his term that ANI was able to “get out of the red” – with his creative ways of fundraising, even engaging the Marikina government into the advocacy. It is also under his watch that ANI’s committed volunteers, meaning volunteers who remain involved and engaged all throughout the year has increased significantly.

It is also under his term that ANI was recognized as the 2nd Top Prize at the Asian Development Bank (ADB) Youth Initiative – Youth4Asia Solutions Search, an initiative that aims to achieve solutions for an inclusive Asia. This recognition has emphasized ANI’s contribution and value not just to Philippine society, but within the Asian context as well.

Alay ni Ignacio, the organization he has been leading in various capacities for the past four years, has certainly grown and improved under his leadership. This year (Summer 2016), ANI will welcome over 390 students to their very first ANIexperience – this is the largest cohort the organization has ever attempted, but I am confident they are fully equipped to handle this as Daniel has made certain to prepare the entire ANI team for this.

Daniel, you have done really well! You make Aiducation and Pathways very, very proud. Also thank you for reminding us why we do what we do, why we should continue doing what we do despite the recent challenges – to find more talented students like you and bridge them to opportunities that will allow them to shine their brightest. 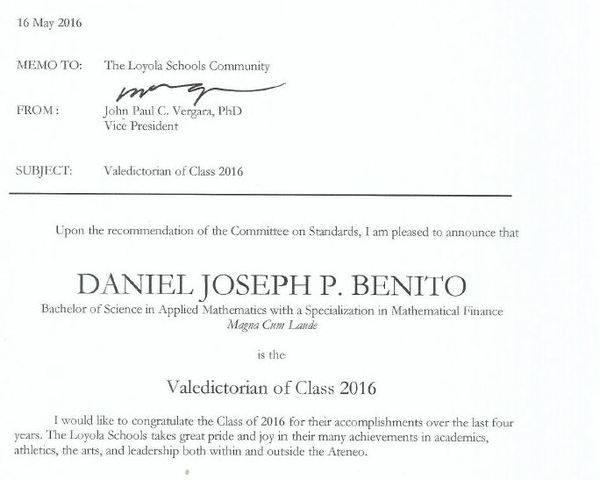 KCSE EXAMS: A YEAR OF RECORDS FOR AIDUCATION