Kenya is a very diverse country and integration of all members remains one of the major challenges of Kenya. At the same time, Kenya is full of bright, entrepreneurial young people eager to learn, realize their potential and build a better Kenya. Many of them have ideas for for-profit or for-impact projects that help promote tolerance and integration of people into society and avoid discrimination of people based for example on poverty, gender, ethnic background, skin colour, handicaps, religious or political beliefs, cultural practices, or age. However many of those projects are never implemented or only implemented partially due to lack of recognition, lack of coaching, and lack of funds.

To support such start-ups in the making, Alice Sachova-Kleisli and Michel Kleisli decided to initiate a start-up prize called the Wonderland Award with money raised during Alice’s birthday party (thank you once again to all guests who contributed and to Michel who matched all contributions).

Out of almost 50 business plans submitted in 2014, 5 were awarded 30’000 KES(approx. 300 USD) each for the quality of their business idea. And each of those winning start-ups was given 4 months to start implementing their idea and compete for the Wonderland Award 2014/15. The prize is 1 year business coaching and a financial kick of not less than 200’000 KES (approx. 2’000 USD).

On 25 April 2015, in the presence of Alice and Michel, the grand final was staged in Watamu, Kenya, with 5 very well prepared, very passionate, and very action-oriented start-ups presenting their impressive progress. 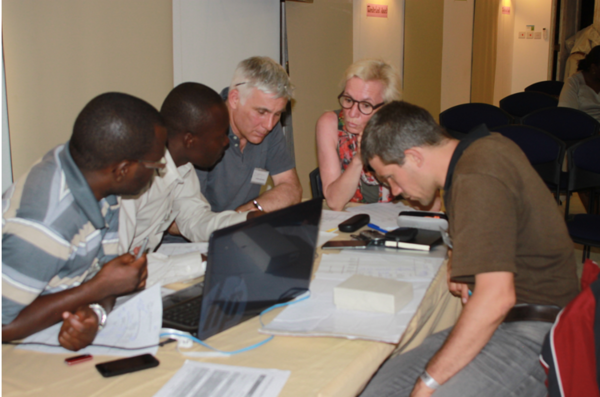 Pic 1: The jury discussing the start-ups. The jury consisted of the entrepreneurs and sponsors Alice Sachova-Kleisli and Michel Kleisli, Erick Otieno (Kenyan entrepreneur), Samuel Karisa (Kenyan entrepreneur and representative of the Kenyan start-up cup), and Florian Kapitza (CEO and Co-Founder Aiducation International) had a very hard time selecting the final winner out of 5 very strong presentations.

The final winner was June’s Hydroponic Solutions – a start-up from AiduAlumnaJune Mugure who currently studies Animal Health at Kenyatta University. June’s Hydroponic Solutions’ aim is to make Urban Farming popular in Kenya. Asked how this promotes tolerance and reduces discrimination, June answers:”With hydroponic agriculture virtually everyone can produce vegetables and fruits as not much land is required. This will reduce the frequency and severity of land conflicts that are regularly creating tensions between different ethnics.” In the recent months, June has successfully piloted urban farming on 2 sqm at her apartment in Nairobi and will now purchase new equipment to further upscale her operations.

We will continue to follow up with June and wish her continued success! 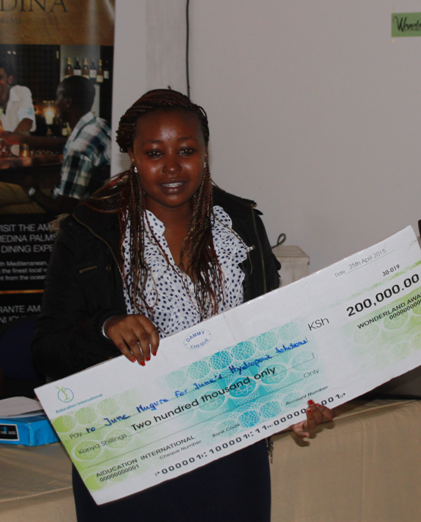 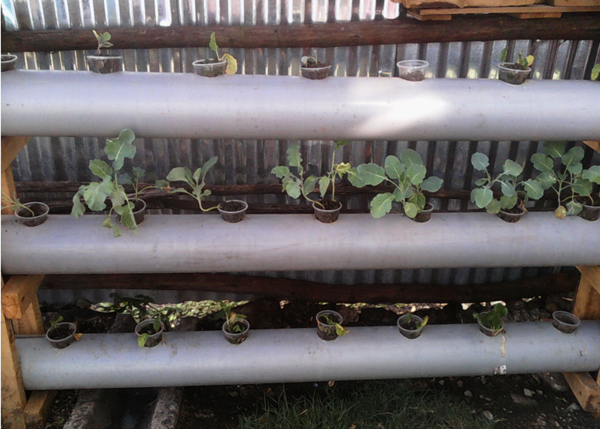 WITH PASSION INTO HER PROFESSIONAL FUTURE: JOANNE M, A PHILIPPINE AIDUFELLOW