With the announcement of scholarship number 700 in June 2014, Aiducation International has reached another milestone in its history. The newly minted AiduFellow is Athman, who strives to become a medical doctor. Athman has witnessed how people he cared about in his community lost their lives because of lack of good medical care and he wants to make sure all patients are treated properly. His father works as a small trader, his mother is a housewife, and he has six siblings, most of whom are still attending school. Looking at this, it is easy to imagine the difficulties Athman and his family are facing every day.

The AiduMaker for Athman’s scholarship, Tanja Lampertsdörfer, is an Aiducator from Basel. Volunteering for the Umbrella Chapter since 2012, Tanja is responsible for the upload and maintenance of all student profiles. While reviewing incoming applications, she came across Athman’s profile and she kindly shares with us why Athman’s application “clicked” as an ideal AiduFellow:

Athman is not only a very bright young man, he is also very determined and his application stuck out because of his mixture of self-confidence and almost cheeky writing. “I instantly developed sympathy for him and constantly had his profile in the back of my head, not sure whether to support him myself or recommend him to a friend of mine”, Tanja says. “As I have just received the Progress Reports for the first scholarship I have funded and realised he will finish school this year, I’ve finally made up my mind.” 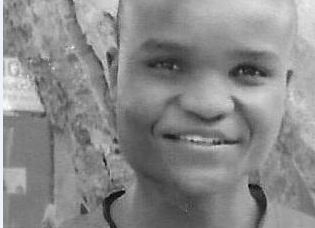 The fact that Aiducation has raised 700 scholarships in the rather short time of its existence (the first two scholarships were raised in 2007), shows how successful this unique concept is, and also the dedication of the founders and team behind the organisation. 700 scholarships also mean: 700 lives changed to the better, and opening the doors to a promising future for 700 bright young people, who will contribute to improve the future of their countries.

We wish all the best for Athman and say a huge thank you to Tanja and all the other AiduMakers for their continuous support.