iduFellows are exceptional. Every day, we can’t help but feel amazed by their talent, their energy, and their desire to change their country for the better. Obrein is a perfect example of the kind of bright young people we meet when we visit schools across Kenya. His talent and generosity have already made a difference to communities in Kenya. 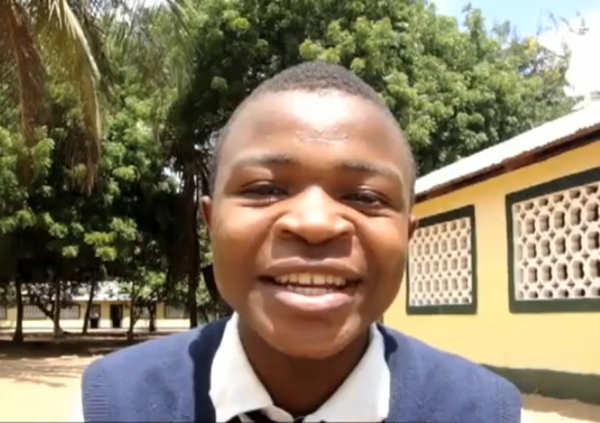 When we first met Obrein, we were stunned by his ambition. In his application form, the 17 year old boy from Gede, a village situated about 2 hours drive from the coastal city of Malindi, told us about his multiple goals in life.

- Start in politics and become a member of the Kenyan Parliament to deeply reform his country, and serve those who are underrepresented in the country, like people who are suffering from diseases and victims of the financial crisis.

- Work to prevent climate change, which is severely affecting populations in the most remote and arid regions of Kenya.

And this wasn’t wishful thinking. Soon after he was selected by an AiduMaker, Obrein started to put his words into action. At Nakuru Boys High School, one of the biggest secondary schools in Kenya, Obrein created a team of students who raised funds for hunger relief in the poor region of Lake Turkana. After mobilising over 200 students he managed to raise 33,000 Kenyan Shillings, and attracted national media attention.

Later at school, he became the chairman of a club of 50 students acting on climate change issues. Obrein launched a number of innovative initiatives. For instance, he promoted the use the cow dung generated by the dairy farm on campus to fuel the ovens and save energy.
Obrein has just graduated from secondary school with excellent grades, and has a world of opportunities in front of him.

As an Aiducation alumnus, he now inspires younger students to achieve their full potential.

Obrein at the Mentorship Academy 2009